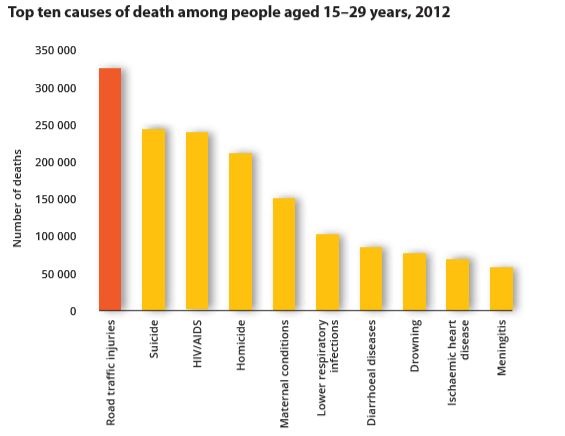 Over 1.2 million people die each year on the world’s roads, with millions more sustaining serious injuries and living with long-term adverse health consequences. Globally, road traffic crashes are a leading cause of death among young people and the main cause of death among those aged 15–29 years.

Road traffic injuries are currently estimated to be the ninth leading cause of death across all age groups globally and are predicted to become the seventh leading cause of death by 2030 (1). This rise is driven by the escalating death toll on roads in low- and middle-income countries – particularly in emerging economies where urbanization and motorization accompany rapid economic growth. In many of these countries, necessary

infrastructural developments, policy changes, and levels of enforcement have not kept pace with vehicle use. In contrast, many high-income countries have managed to break the link between rising motorization and road traffic deaths, with some managing to dramatically reduce such deaths. These achievements are the result of making infrastructure safer, improving the safety of vehicles, and implementing a number of other interventions known to be effective at reducing road traffic injuries. Having good quality data to monitor the impact of these efforts is also critical to demonstrating their success.

In addition to deaths on the roads, up to 50 million people incur nonfatal injuries each year as a result of road traffic crashes, while there are additional indirect health consequences that are associated with this growing epidemic (3). As vehicle ownership grows, many countries face the twin problems of traffic congestion and rising vehicle tailpipe emissions, resulting in higher rates of respiratory illness. Rising car ownership has also resulted in reduced physical activities such as walking and cycling, with associated health consequences. 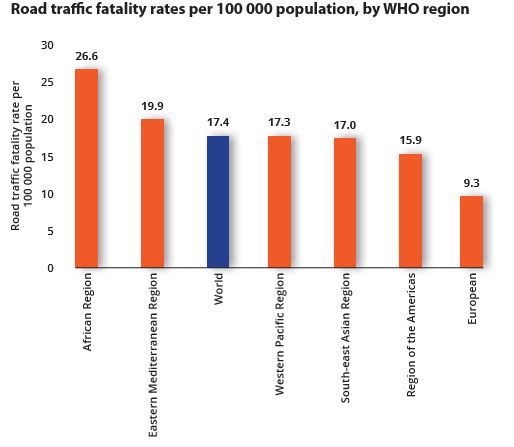