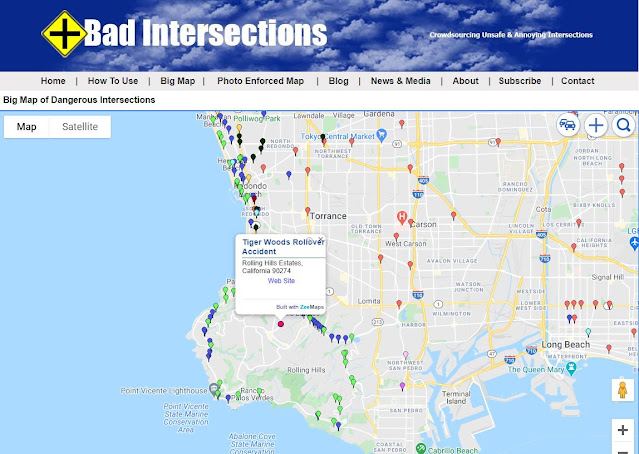 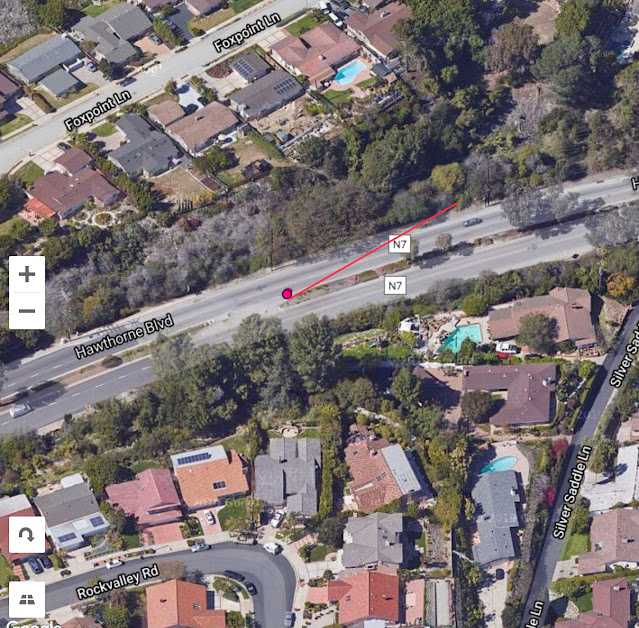 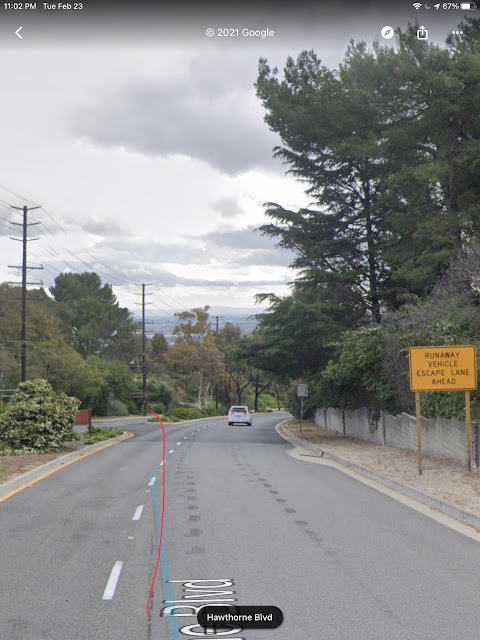 Tiger Woods was transported to the hospital with injuries following a vehicle crash with "major damage," LA County Sheriff's Dept.  Tiger Woods roll-over collision location in Palos Verdes, CA.   The intersection of roll-over crash at Blackhorse and Hawthorne Blvd in Rolling Hills Estates, California 90274.
Tiger Woods was hospitalized Tuesday, Feb. 23, with multiple leg injuries after he was involved in a single-vehicle rollover crash on the border of Rolling Hills Estates and Rancho Palos Verdes, authorities and his agent said. Los Angeles County sheriff’s deputies responded to the area of Hawthorne Boulevard and Blackhorse Road, near Peninsula High School, just before 7:15 a.m., according to a statement from the Los Angeles County Sheriff’s Department. The pro golfer was traveling northbound on Hawthorne Boulevard, downhill, when the crash occurred. It was unclear what caused the crash that left Woods’ vehicle with major damage, the department said.
There’s more ... officials also noted the area where Tiger crashed is a “trouble spot” for traffic collisions — with Deputy Gonzalez noting there have been fatalities in that spot in the past
Conflicting eyewitness reports and the Sheriff's statement are making this a bit hard to understand what happened.  Stay tuned for more details.

Here is an eyewitness account saying the vehicles involved were traveling up the hill.

My daughter saw the aftermath and said it looked really bad. Two cars involved. And going up the hill.

It appeared the car was traveling at a high rate of speed based on this video.

A look at the path that it looks like Tiger Woods car took. It appears it went a long way before coming to a rest pic.twitter.com/ZwWQqoCKvM

Here is the car involved in the accident from the Genesis Invitational golf tournament over the weekend at Riviera Golf Course. 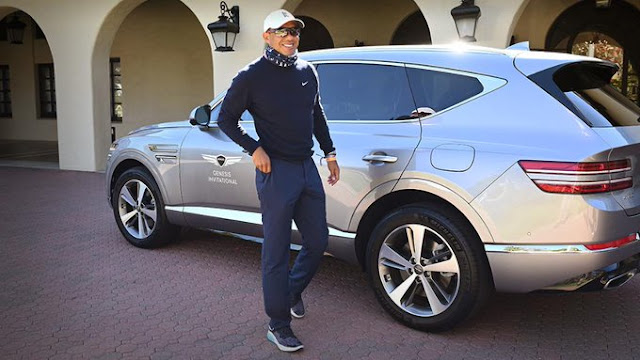