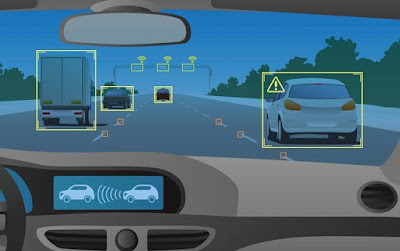 Representing the midway point between traditional human-operated vehicles and self-driving cars of the future, autopilot capabilities like those featured in Tesla vehicles are marketed as a safer and more convenient way to drive. Is that the truth, or a self-serving sales pitch?

To answer that question, let’s start by drawing comparisons to autopilot systems commonly found in modern-day aircraft. Autopilot has been a standard piece of aviation technology for decades. That’s because these systems make air travel safer and more convenient for pilots and passengers.

Despite these safety advantages, autopilot is never used during take-off or landing. The same basic principle applies to similar technology featured in modern-day automobiles. For example, Tesla Autopilot isn’t meant to navigate the tight spaces and loosely regulated traffic of Tesla charging stations in downtown Los Angeles. However, it can be safely engaged when the vehicle is on the open and unobstructed interstate.

The takeaway from this comparison is that, despite their limitations, autopilot systems provide added safety and convenience. Users must be able to harness this technology responsibly and resist the urge to abuse it or take it for granted.

But what about news reports of fatal crashes and collisions involving vehicles with their autonomous driving features engaged? Doesn’t that prove they aren’t as safe as the automakers claim they are? No, it doesn’t. In fact, it highlights how safe these systems truly are.

Consider the last time you read a news story about a vehicle fatality involving standard human-operated cars. It only makes the news when the circumstances are especially tragic or otherwise remarkable, yet fatal car accidents happen in our cities and towns every single day. It’s too common to be considered newsworthy.

On the flipside, fatal car crashes involving advanced autopilot features are newsworthy because the technology generates questions and controversy. Just because we hear about a deadly incident involving autopilot doesn’t mean it’s a common occurrence. It’s certainly not as common as “traditional” motor vehicle accidents.

The limitations and potential dangers of autopilot and autonomous driving feature ultimately highlight how, as mentioned earlier, the technology is a placeholder in the grand scheme of things. Ten years from now, driverless cars will reign supreme. When that happens, the safety of autopilot will get eclipsed by the improved safety brought about through completely autonomous vehicles.

Think of autonomous driving capabilities as the iPod of advanced vehicle technology. Remember those things? They changed our lives for about five years, then the iPhone came along and with it the age of the smartphone. Nobody has an iPod anymore, even though we all did once.

The same fate - more or less - awaits the autopilot technology featured in Tesla vehicles and those made by several other automakers. Today it represents the pinnacle of consumer-accessible automobiles, but those days are numbered.

Are you thinking about buying a vehicle with autonomous driving technology built-in? If so, it’s imperative to remember the limitations of these systems. They offer a chance for motorists to traverse with reduced risk and enhanced convenience, but only when used correctly and responsibly.