What Is A Blind Intersections? 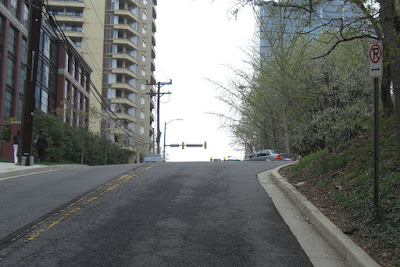 According to the DMV’s Driver Handbook, “an intersection is considered “blind” if there are no stop signs at any corner and you cannot see for 100 feet in either direction during the last 100 feet before crossing. If your view is blocked, move slowly forward until you can see.”It also applies to where you can't see where traffic is coming from because obstacles like trees, buildings, cars could be blocking your view. Stop signs or other traffic signals are usually absent in such scenarios.

In most cities, there are many dangerous intersections with dangerous blind intersections. Poorly designed intersections can have blind spots that block the driver's field of vision and make it difficult to see oncoming cars. In some cases, motorists do not comply with the applicable laws and regulations on stopping at stop signs, even if they have stopped at a stop sign. A poorly designed intersection could have a blind spot that impedes a driver's field of vision and makes it harder for him to see oncoming vehicles, cyclists, and pedestrians.

The majority of collisions at stop-light controlled intersections happen within 4 seconds of a light change. You don't want to be in the intersection during that 4 seconds. However, if you don't immediately go when the light turns green, people behind you get irritable, yes? Try this defensive driving tip.

The first thing is to make sure you stopped in the right spot. Stop far enough behind the stop line that you can see it on the pavement in front of your car - this normally gives you 10-15 feet of space. When the light turns green, take your foot off the brake and let your vehicle start to creep toward the crosswalk.

Common sense tells you that crossing a controlled intersection with a traffic light is much safer,. However, be careful turning right on red-light and give pedestrians sufficient time to make calculated decisions about the safety of turning right and to ensure that pedestrians do not cross the road and oncoming traffic does not enter the dangerous junction. Look out for cyclists and pedestrians crossing the intersection in both directions while driving. They are legally allowed to enter the middle of the intersections and wait for cars to pass before passing them.

Note that some states, such as Arizona, require that unregulated intersections be treated as four-way stops and that you come to a complete halt before driving through. When you arrive at a junction where you want to turn right - to the left - and there is no other traffic in sight, do not follow the correct lane as you approach the junction.
By Syndicated Maps at 9/03/2020