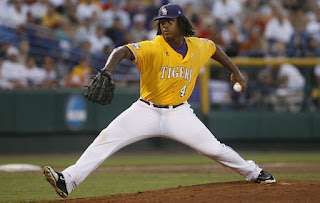 It is no secret that many sports stars love to spend their earnings on high-speed cars and motorbikes. While most of them avoid major incidents while driving, the following athletes have all suffered spectacular crashes that they were lucky to survive.

The Pittsburgh Steeler quarterback has set many records in his long and impressive NFL career. Among them, he became the first quarterback in history to lead his team to 20 comeback wins before turning 30.

In 2006, Roethlisberger was riding his motorcycle in Pittsburgh without a helmet and with an expired temporary license.

He flew into the windscreen of a car at the Armstrong Tunnel / Second Avenue intersection and later said that paramedics saved his life when they stopped the bleeding in his throat. A nine-inch laceration to his head, broken jaw, and 7 hours or surgery added up to a painful experience but he was able to resume his NFL career afterward.
Jay Williams

Williams had a hugely promising career in basketball ahead of him. He was the NABC Player of the Year in both 2001 and 2002. In the NBA draft in 2002, he was the second pick and joined the Chicago Bulls. After working to try and establish himself in the Bulls team, tragedy struck in June 2003.

Williams was riding a new Yamaha motorbike without a helmet and despite it being forbidden in his contract.  He crashed into a streetlight in a Chicago intersection and was sent flying through the air. The resulting severed main nerve in his leg, torn knee ligaments, and fractured pelvis effectively ended his NBA career before it had properly started.

Chad Jones was another athlete whose promising career was destroyed by a traffic accident. After a successful career in college football, he was picked by the New York Giants in the 2010 NFL draft. However, his career was ended when he crashed the new Land Rover that he bought that same year
Reports suggest that Jones lost control of the powerful vehicle and hit a pole, and the player thinks that he may have fallen asleep at the wheel. He suffered a life-threatening amount of blood loss and several fractures in his leg.

Released from football due to injuries, he was lucky to be able to turn to baseball and joined the Cincinnati Reds in the 2013 MLB draft. He is now part of the regular picks of the MLB betting scene.
If you want to know more about MLB betting click here: https://extra.betamerica.com/mlb/

German-born Heatley was a prolific scorer in the NHL, but his life was turned upside down in 2003, when he crashed his Ferrari into a brick pillar. He was playing for the Atlanta Thrashers at the time and his team-mate Dan Synder tragically died in the crash.

Heatley avoided jail-time over the incident but ended up getting three years’ probation and having a court restriction on the type of vehicle he can drive. He asked to move away from Atlanta after the accident and has played for a few different teams then, with the last one being the Thomas Sabo Ice Tigers in Germany.

Hurley was chosen by the Sacramento Kings as the seventh overall pick in the NBA’s 1993 draft. This came after a great spell in college basketball that saw him ranked as one of the country’s outstanding young prospects, with a record number of NCAA assists that still stands.

However, in his rookie season in the NBA, he was driving an SUV that got hit by another vehicle. Hurley didn’t have a seat belt on and he got thrown out of his SUV, leading to serious injuries.  He carried on playing but the injuries limited his career and he ended up becoming a head coach after retiring at a young age.
Tiger Woods
Tiger Woods rollover accident in Palos Verdes, CA on February 23, 2020.
By Syndicated Maps at 6/30/2020