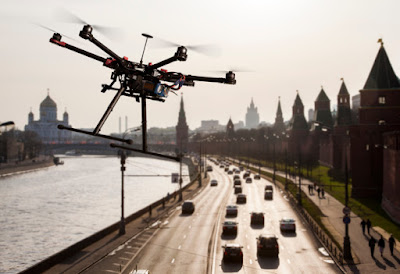 U.S. wireless operator AT&T announced it is teaming up with the National Aeronautics and Space Administration (NASA) to develop a traffic management system for drones. In a press release, AT&T said the goal of the collaboration is the creation of an Unmanned Aircraft System Traffic Management (UTM) solution that will support the safe and secure operation of drones in national airspace. “Working with NASA and others, we are designing the management system for a new frontier in aviation,” AT&T’s Vice President of Global Public Sector Solutions Mike Leff said. “Drones are already used in agriculture, public safety, construction, utilities, real estate, and TV. This research can help support the commercial and private use of drones nationwide.” AT&T said its roll in the project is to bring to the table expertise on networking, the Internet of Things (IoT), the cloud, identity management, and cybersecurity. The carrier said cybersecurity is a particular concern surrounding drones because easy access to the vehicles and their many potential uses could increase the risk of cyberattacks.  Read More

Are these cameras alternatives to the license plate reader cameras currently used on traffic lights?